Being Healthy–What’s Community and Sovereignty Got To Do With It? 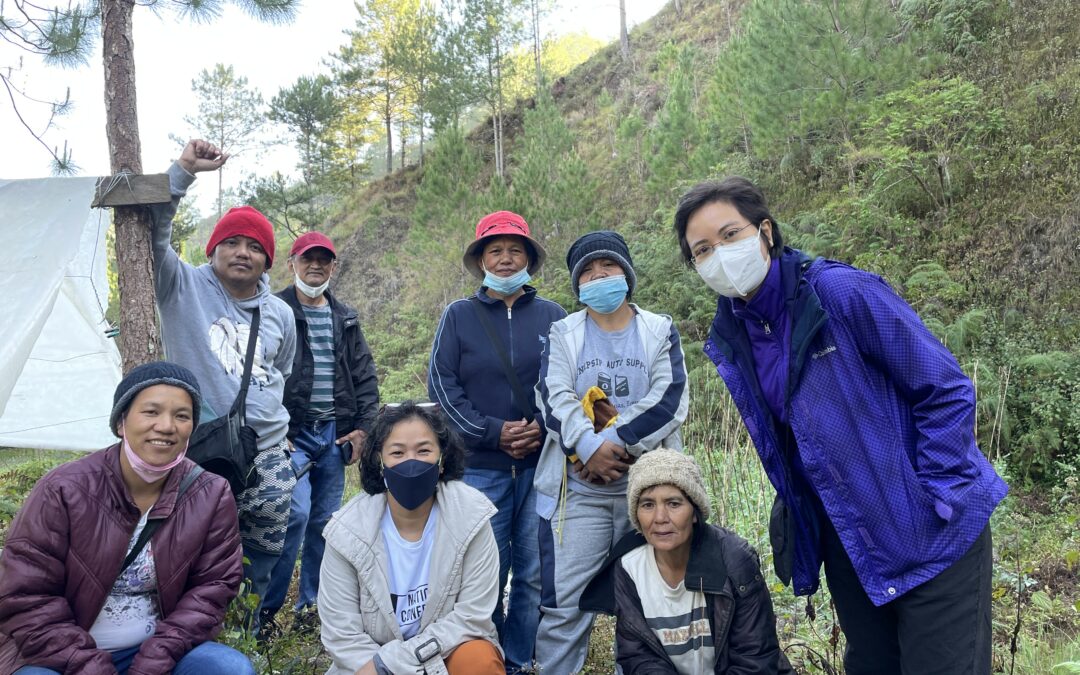 The question was at the heart of the GSS’s invitation to sit on the BINHI community advisory board (CAB) to explore this research question.

For a long time, like most people, I thought health was solely a personal matter. Being healthy rested mainly on individual choice and a strong resolve, while poor health was often cast as a personal failure. Community meant creating a support system to keep us motivated, such as going to the gym with a friend or doing Meatless Mondays as family. And food sovereignty? It sounded a remote concern when it came to health–how does one begin to approach it?

Needless to say, I was intrigued. Working in community-supported agriculture, we saw how essential it was to unlearn old notions and offer alternative ways of looking at our food to begin the work of change.

For instance, growing up in a family where diabetes began to afflict most adults in their late 30s and early 40s, we grew up thinking the path to health was paved with self-denial. The list of food don’ts was long. In my mid-30s, I subscribed to a Good Food CSA farm share as a form of “health insurance” on top of an HMO membership. (Full disclosure, I joined this CSA in 2020.

…community-supported agriculture is a solidarity model where consumers agree to share the risks, rewards, and responsibilities of food production with the farmers by subscribing to a season’s harvest.

And something shifted. Yes, eating more organic fruits and vegetables is indisputably good for us, and certainly, my weekly gulay (vegetable) supply contributed to my general well-being. But the change was deeper–and it came from meeting the farmers who grew the food I was eating and encountering a whole new dimension to the idea of community when it came to food and health.

Briefly, community-supported agriculture is a solidarity model where consumers agree to share the risks, rewards, and responsibilities of food production with the farmers by subscribing to a season’s harvest. Assured of a market under CSA, farmers can grow food in the best possible way, and eaters are guaranteed a weekly basket of organically grown fruits and vegetables.

Such interdependence helps rebuild the relationship between farmers and eaters, and the farm trips I joined had been vital to repairing the connection, which had been severed by industrialized production and global food supply chains as diets modernized, the work behind food became invisible, and individual preferences and convenience became paramount. 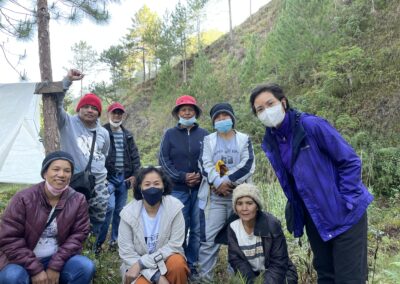 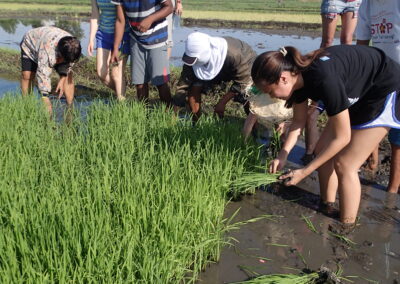 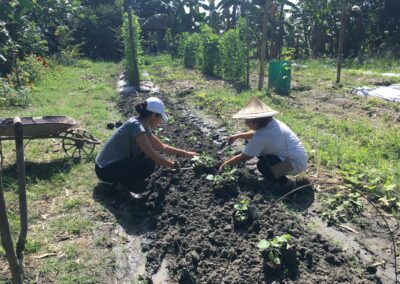 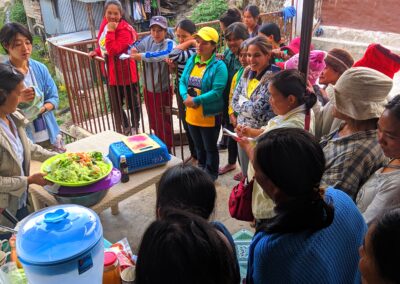 Meeting the farmers and helping with the farmwork on those visits, we saw firsthand the backbreaking labor that our farmers did daily to grow our food. I remember joining a rice planting activity in Capas, Tarlac, and swearing at the end of it never to take any grain of rice for granted ever again. We saw the farmers’ commitment to organic production despite it being labor intensive because they knew that reliance on pesticides would make them sick and trap them in a vicious cycle of debt. They have seen it happen many times to other farmers. We heard them talk about their work with a great sense of stewardship for nature and an awareness of their responsibility to serve safe and nutritious food not just to their families but equally to their customers in the city. Indeed, if food is meant to nourish, then it should not be grown with poison.

And oh how we looked forward to harvesting fruits and vegetables that we would then cook and eat together! So diverse and full of flavor-–so unlike the giant perfect produce in the supermarket! We learned how much delicious diversity and nutrient density were tied to how the farmers cared for the soil and bred the best traits using organic open-pollinated seeds. These days whenever people say “hindi masarap ang gulay” [vegetables are not delicious] or “walang lasa ang gulay,”[vegetables taste bland] I think, “That’s because you haven’t tasted our farmers’ gulay.”

These days whenever people say “hindi masarap ang gulay” [vegetables are not delicious] or “walang lasa ang gulay,”[vegetables taste bland] I think, “That’s because you haven’t tasted our farmers’ gulay.”

Back in the city-–where individualism and competition are prized pathways to independence, where food is among the dominant signifiers of class differences, where one person’s daily latte budget is equivalent to another person’s daily wage—I was jolted into realizing how my ability to live a healthy life and reach my aspirations of well being do not rest solely on my tenacity or my willpower or my drive to “just do it.”

In the fields of Capas, Bauko, Tublay, and Nueva Vizcaya, there are farmers who support our wellbeing–and it starts with their ability to support their own. Their diverse, organic farms meant food and nutrition security for their families first and foremost. Partaking of the same harvest through this farmer-eater friendship secures our food and health in the city as well. That other eaters were subscribing to CSA and altering their beliefs and habits around food also showed the necessity of interdependence to support this new way of living beyond oneself and one’s household but for a bigger community, for the whole of society even.

Listening to the various grassroots experiences of the different members of the BINHI community advisory board in their work with small farmers and indigenous peoples, I saw how food sovereignty was essential to a whole-of-society approach and how it is critical in this age of pandemic and climate crisis, which will affect how we can feed our nation in these times of emergency.

This was a valuable exposure given how, admittedly in the past, I would often relegate the concept of food sovereignty to the sidelines even as I saw the importance of community and mutuality in the work of food justice.

I thought food and nutrition insecurity needed to be “solved first” before introducing the more complicated concept that is food sovereignty–a way of thinking conditioned by linear, top-down, technocratic approaches to problem-solving. I had failed to realize that the problem of hunger, poverty and nutrition insecurity were closely intertwined with a people or a community’s ability to assert their rights and power over resources such as land, seeds, water, etc., to be able to feed themselves in an ecological, healthy, democratic, and culturally appropriate manner, i.e., food sovereignty.

Food sovereignty shows the possibility of health for all because it challenges the dominant food system, crudely described above, that entrenches the systemic issues that make hunger, malnutrition, and disease run rampant in our society.

For instance, the landlessness of the majority of Filipino farmers leaves them no choice but to enter into tenancy arrangements that keep them unable to shift to sustainable farming practices and buried in debt. They become hired laborers and daily wage earners in corporate mega-farms that grow monocrops and are reliant on pesticides to be able to efficiently feed the maws of the industrial food complex and churn out ultra-processed convenience foods that are high in fat, sugar, and salt, foods have been stripped not only of nutrients but of the necessary contexts that food should come with so that we can see their value beyond the fleeting dopamine hits that feed food addictions giving rise to chronic lifestyle diseases, obesity, and malnutrition, and leaving our farmers perpetually poor and hungry.

Food sovereignty shows the possibility of health for all because it challenges the dominant food system, crudely described above, that entrenches the systemic issues that make hunger, malnutrition, and disease run rampant in our society.

Are we truly healthy if others are not? Is it truly well-being if other people are exploited and the planet is destroyed in the process?

Hearing about the work of the CAB members showed me how important it is to put food sovereignty in the center of conversations and actions if we want health not just for ourselves but for everyone, and that we should not be daunted by the challenges that the dream of food sovereignty opens up, and that it is the community that keeps us brave, the load easier to carry, and the dream possible. 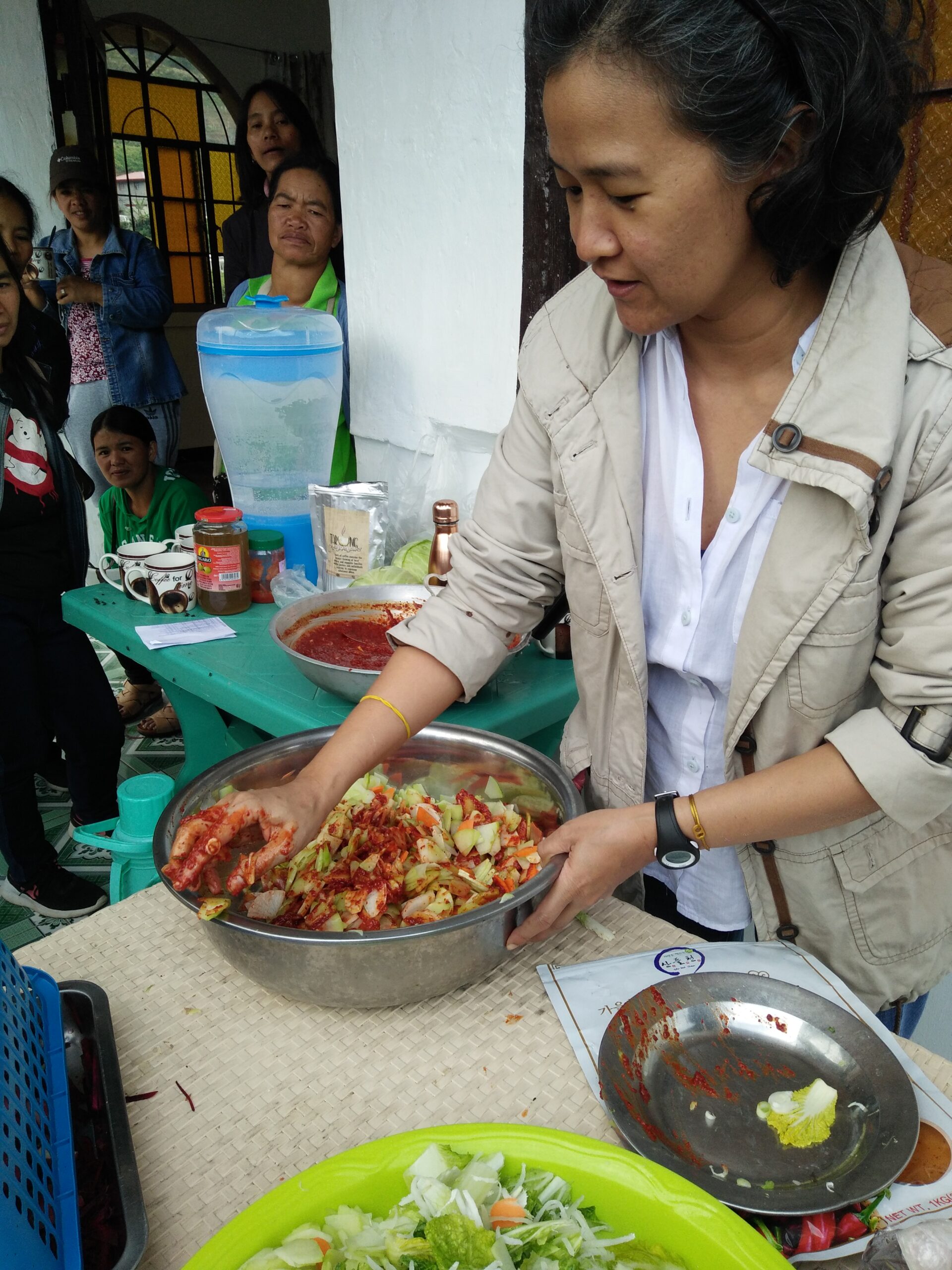 Mabi is a plant-based cook and the author of the children’s book “Paano Kumain Ng Gulay”. She has also collaborated with other chefs and home cooks in creating the unorthodox cookbook “Makisawsaw”(loosely translated as “To Participate”). She is a self-proclaimed “fermenthusiast” and has been teaching people how to preserve their food as well as draw umami flavors from plant-based sources through fermentation.