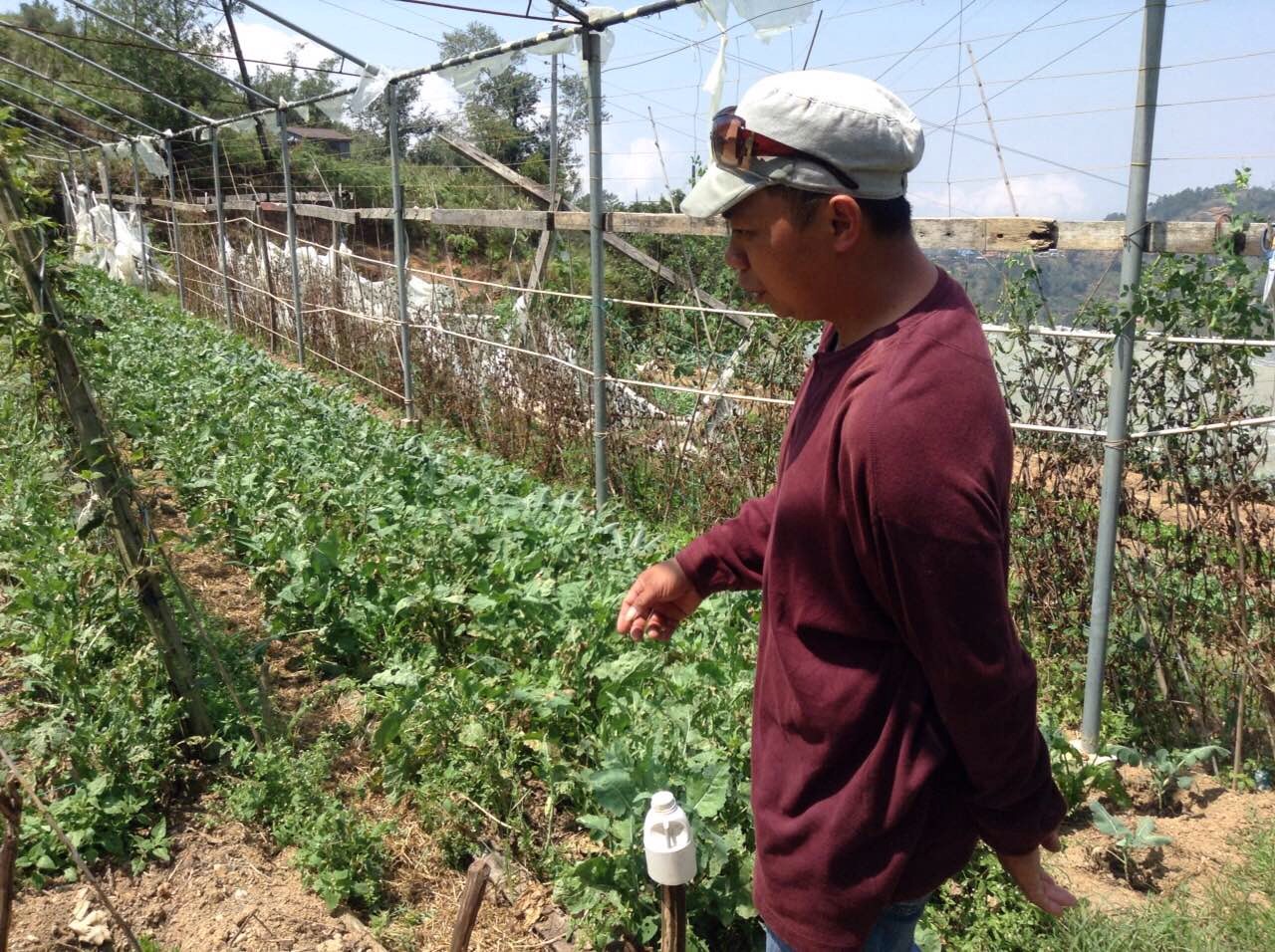 A few weeks ago our Seed Savers Group spent an entire Saturday visiting each others’ farms. We were lucky to have J. Forte, a Filipino-American volunteer participate in this program. Below are his reflections about spending the day visiting the land of our passionate organic farmers.

“God bless this gift of nourishment that will sustain our bodies so that they may serve you better” said Pastor Alex, prior to a mid-morning snack that was hosted in the humble living room of his abode in the agricultural region of Tublay, Benguet just north of Baguio City. The Seed Savers Group, supported by Friends of ENCA Farm, had assembled to conduct a tour of their individual farms. The group has banded together to promote the importance of preserving the genetic lines of heirloom seeds, (seeds from strains of plants that have not been genetically modified in laboratories), and the importance of using organic farming methods to raise, sustain, and harvest crops for consumption.

The farmers who hosted the tour were quite enthusiastic to show off their farms, their methods, and the fruits of their labor. They spoke highly of the peaceful culture of the farming region and made sure that their visitors felt welcomed and had plenty of delicious organic food to sample. While touring the individual farms, all of which are environmentally sustainable, it also became evident that the individual farmers are each very sincere in their belief of a philosophy and movement that makes good-natured sense. Perhaps it’s that what they are doing is in line with the same kind of godliness behind that sincere prayer offered over a couple of simple store-bought snacks by Pastor Alex.

However, as Pastor Alex expressed, there is unfortunately not much to show for the adoption of the organic foods philosophy. While the organic foods movement has increased its following worldwide, it still meets age-old challenges. These challenges typically revolve around a lack of exposure to education concerning food, and more significantly, profits. If there are no severe, immediate, and noticeable repercussions for consuming fruits, vegetables, and herbs that can’t be labeled organic, then what’s to keep a farmer from using a genetically modified seed that will yield a product that is resistant to the pests which plague a particular region? What’s to keep a farmer from using unnatural chemical pesticides to protect his profits? What’s to stop a consumer from saving money at a grocery store? On the bright side, thanks to organizations like Friends of ENCA Farm, the culture of organic foods is indeed gaining ground here in the Philippines, although significantly behind nations where the general perspective is more health conscious. As long as there is support in the form of increased education about the organic foods movement, increasing market demand for natural whole foods, and opportunities such as eco-tours to places like ENCA Farm, the good ideas and philosophies behind producing and consuming organic foods will surely better manifest. Volunteer J.Forte on the way to the farm tours.