Reflecting On Our Visit To Cebu, Discovering Regenerative Agriculture

by Efren Cabbigat | May 4, 2022 | Food Sovereignty, Project Update, Stories from the Field 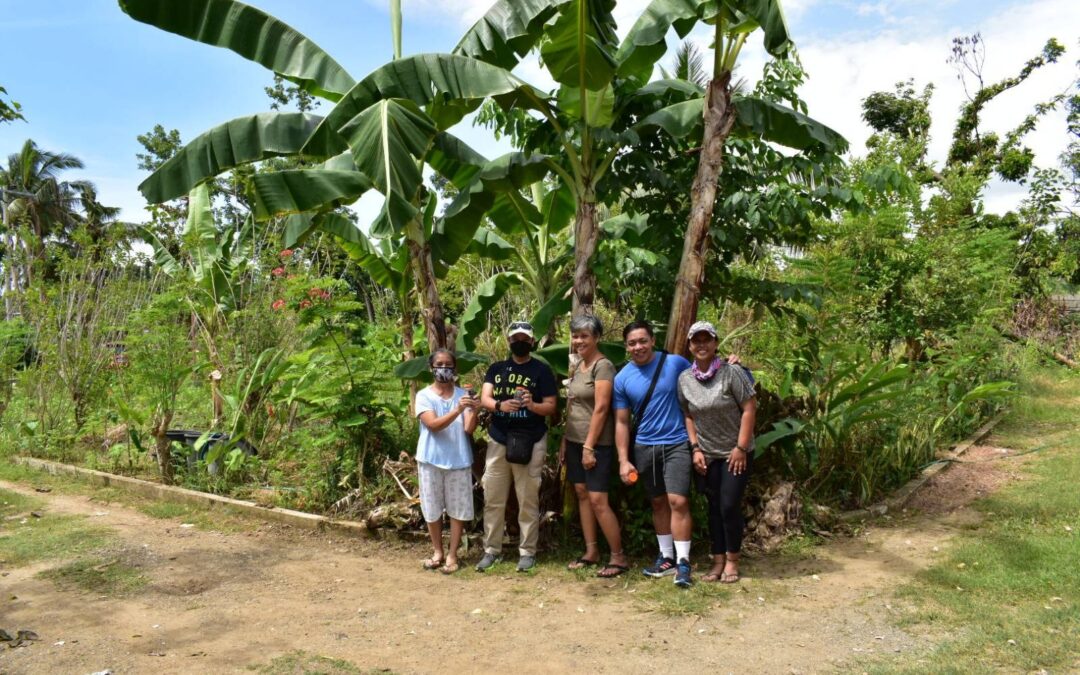 In late March of 2022, Karen and I went to visit our partner farmers to see how everything is going on the ground. I went there filled with excitement because this is the first time I will be meeting our field partners and farmers personally.

You see, this trip has been postponed several times due to the recurring lockdowns and surges and COVID cases. This fact, plus the many stories of sorrows and triumphs amid the pandemic and the typhoons have further enhanced my eagerness to meet and engage in conversations with our partners. 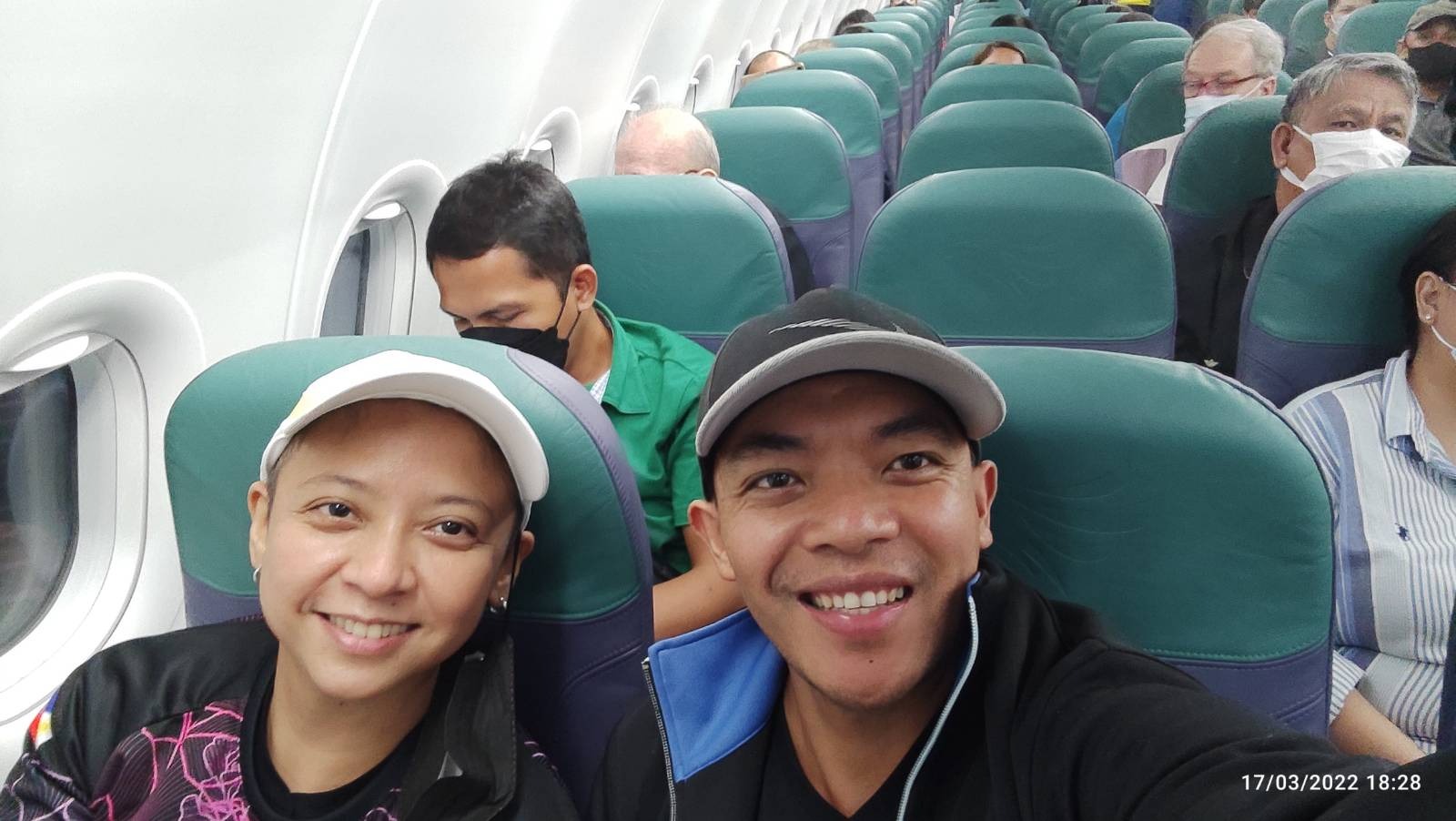 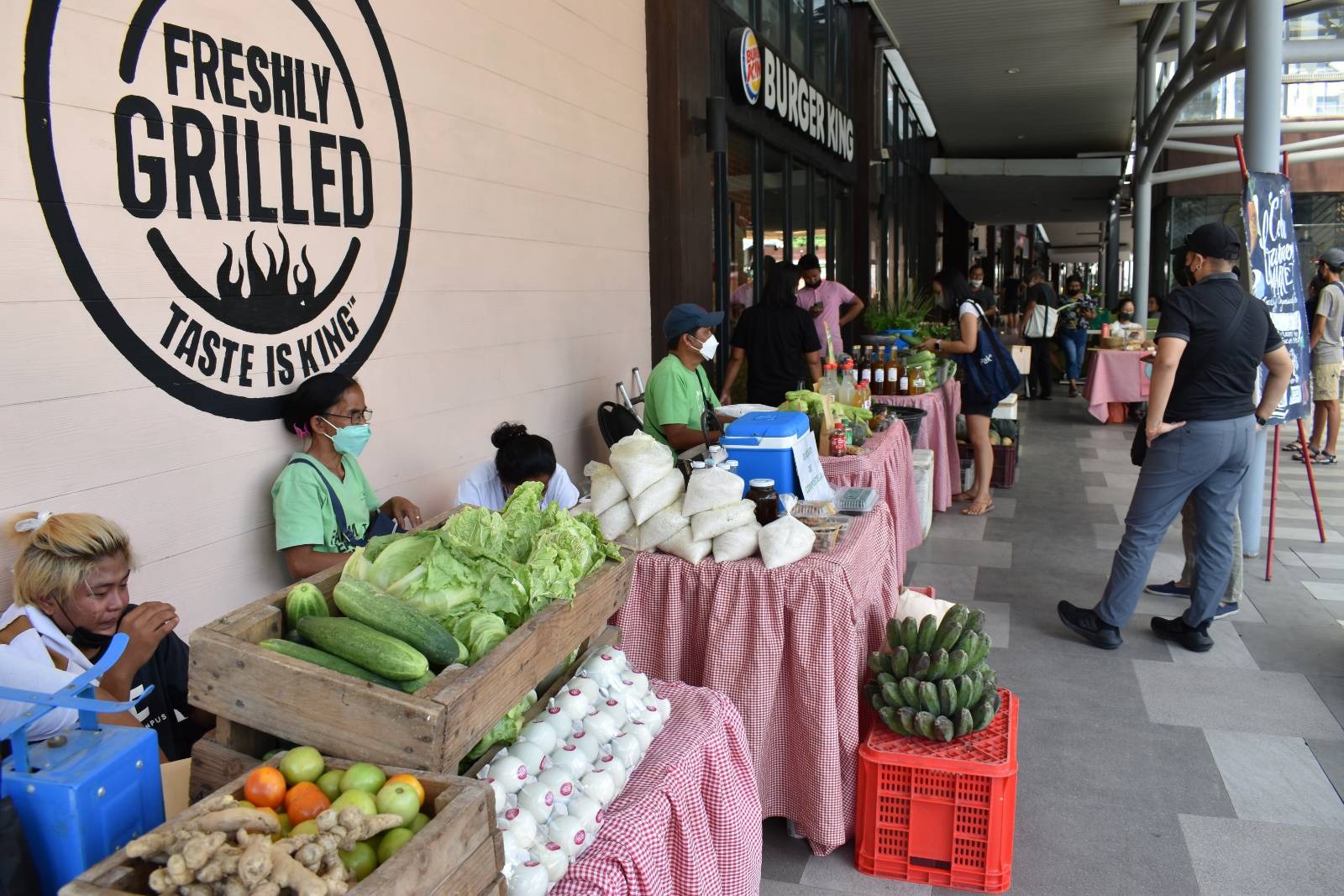 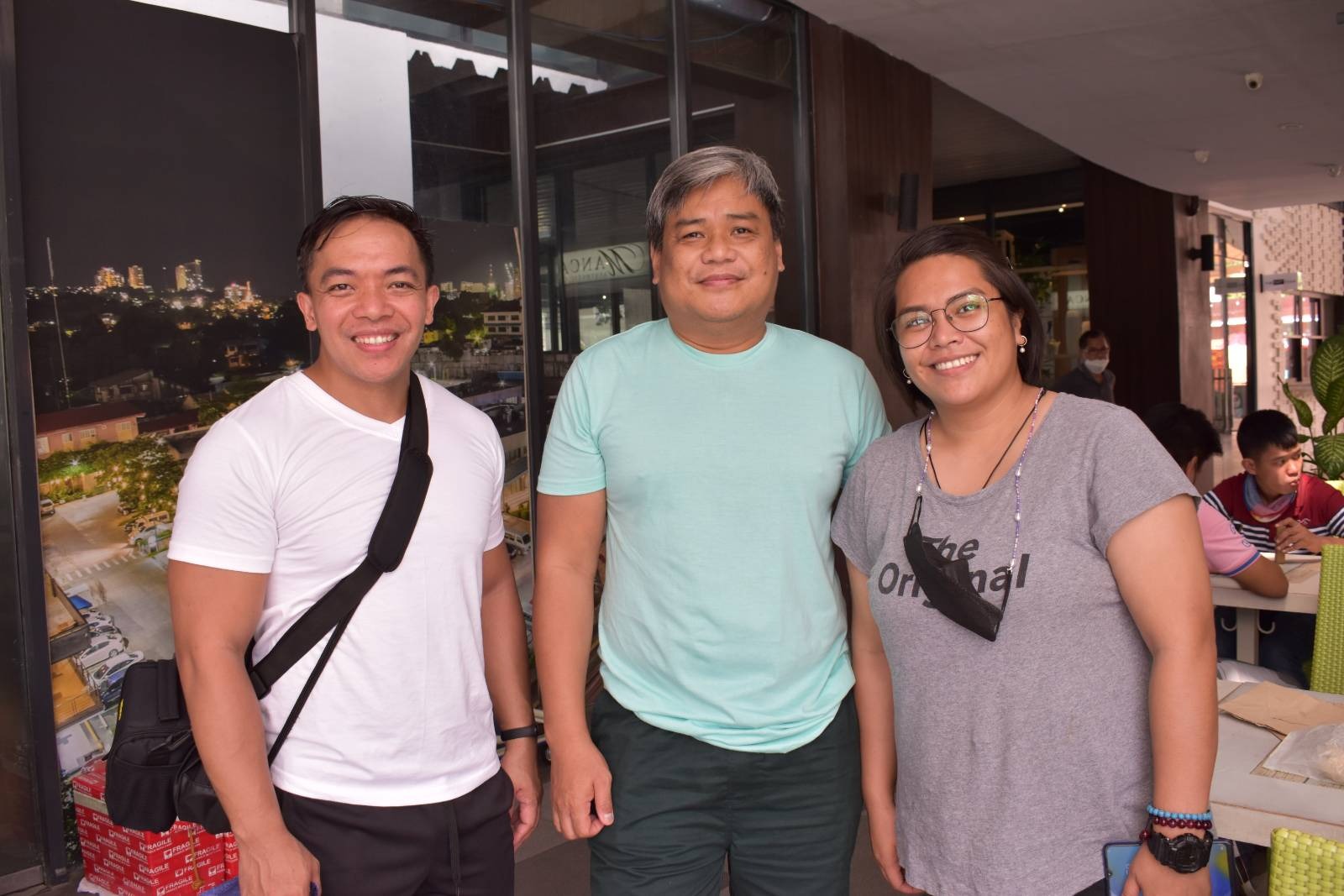 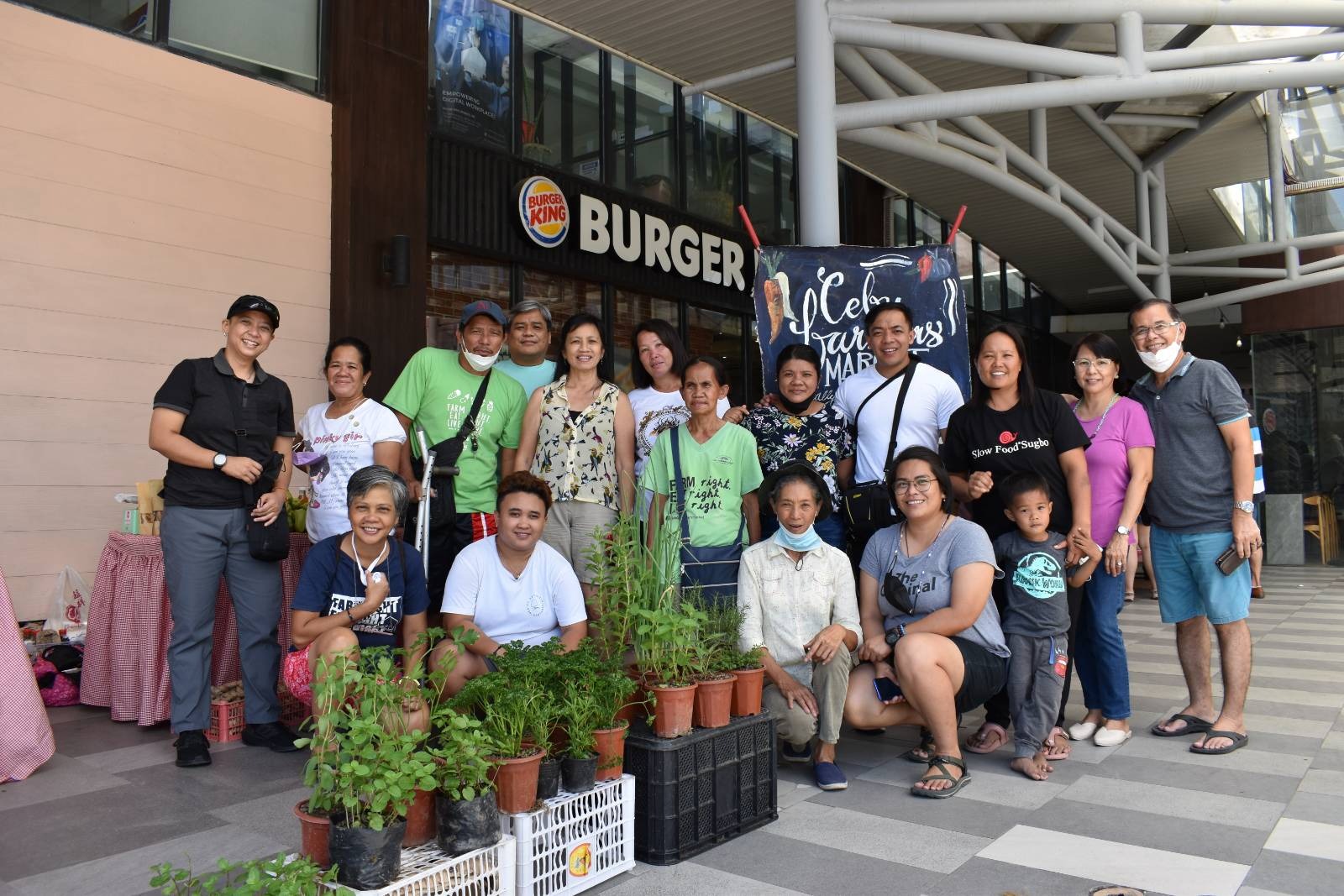 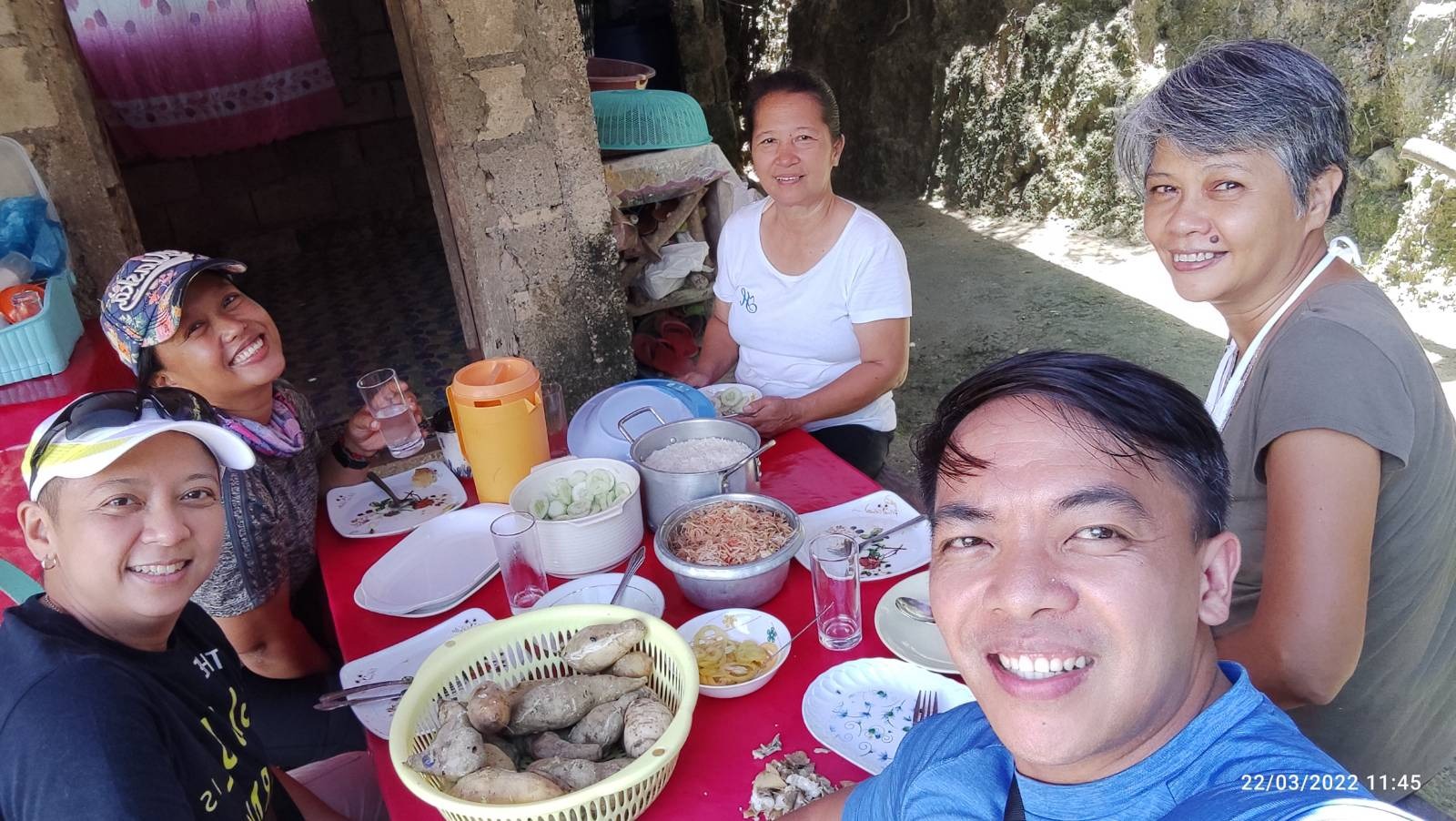 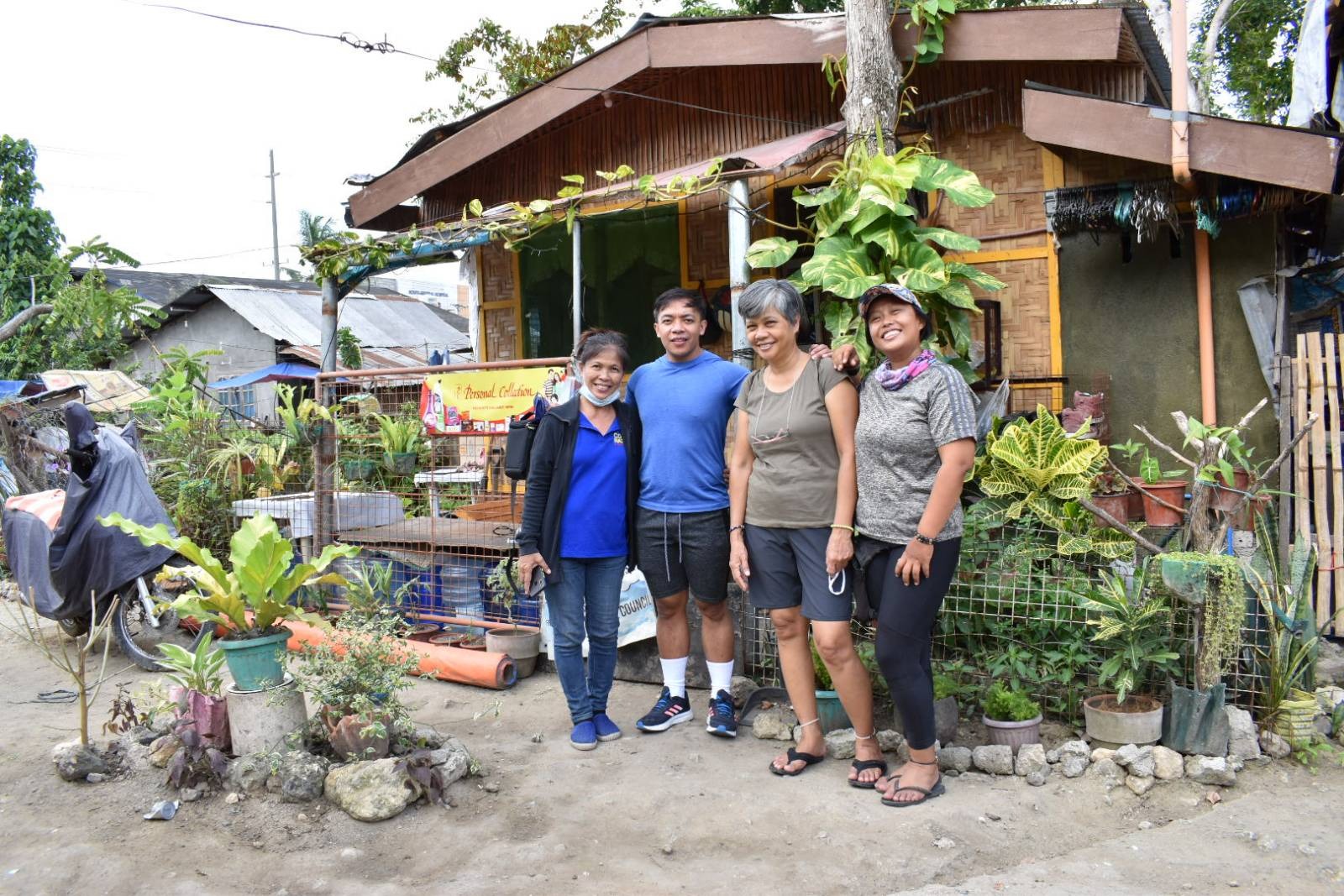 And since we were visiting Cebu just months after Typhoon Odette devastated the province, I came here expecting to hear stories of how this typhoon impacted the farms and the lives of our farmers. I thought it would be a heavy and sympathetic kind of conversation. [Odette made landfall in December 2021. You can read about our response here. You can also read Harry’s reflection on the relief efforts launched during Typhoon Odette.]

Of course in some conversations, farmers were lamenting the impact of the calamity, but I also heard stories of hope and saw first hand how some of them rose from the difficulties. What I expected to be difficult conversations turned inspirational.

Take for example Gina, who was forced to make do with a small backyard garden after the government retracted ownership of the land she used to farm. Despite the small size of her garden, she is now growing several crops. As of our visit, some of these crops were already flowering and many were ready to grow seeds.

And then there was Bevs, whose farm was thriving at the time of our visit. In fact, I thought that the typhoon spared her garden, but she told us that she was able to rehabilitate her farm pretty quickly. She says this was because used to run and manage a large farm in Bohol.

Despite these inspiring stories, however, the evidence of Odette’s force was pretty clear to see. A group of farmers in Pestales, for example, had a difficult experience to tell. The typhoon had disrupted their production because they were unable to use a large portion of the beverage and produce processing area. The roof had been totally wrecked. During  our visit, we were unable to meet their leader, Rodelyn, since she and her team were busy seeking grants to help out in their rebuilding efforts. But just like most of our conversations, the farmers of Pestales were committed to rise back up on their feet. 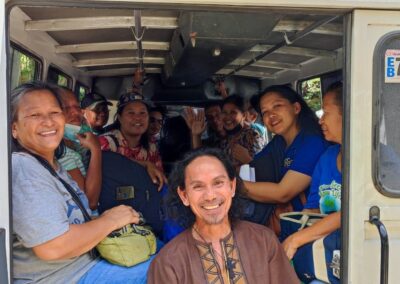 Farmer Jon with participants to the regenerative agriculture training.

On March 23, during the latter part of our trip, we went to the north of Cebu where members of our Cebu Seed Savers, some GSSP staff, and the CAFEi team gathered for a training on regenerative agricultural practices at the Arapal Livelihood Center in Bogo City.

The training was given by Jon Sarmiento, a farmer with twenty years of experience using what he called the Integrated Diversified Organic Farming System (IDOFS).

This system looks at climate change as an urgent situation. Farmer Jon highlighted that humanity has been overly exploiting and abusing the earth for a long period of time and because of this, the climate has drastically changed. This changing climate poses severe challenges to farmers.

According to Farmer Jon, a farm design using IDOFS should therefore take into account the impacts of farming activities to the environment thus not only thinking of what is happening now but more importantly what activities in the present can impact the future. Underscored in Jon’s talk was the governing principle in his farming practice.

“We do not inherit the earth from our ancestors. We borrow it from our children.”

The underlying reason why one would choose to practice IDOFS is their love and commitment to their own family. He recounted his younger years when his farmer parents — both of whom were conventional farmers — would save up the best produce for selling to the market. The rejected produce are the ones left for their family’s table. 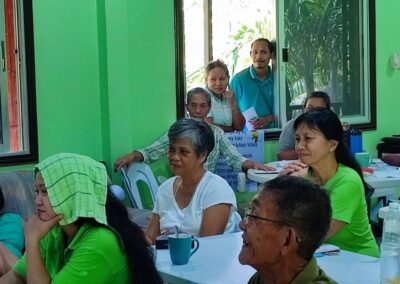 Our modern world would call the techniques used in the creation of the Banaue Rice Terraces as contour farming – a sustainable farming technique that prevents soil erosion and maintains soil moisture.

But for those of us who hail from Ifugao, this is the most concrete expression of our ancestors’ love and concern for the future generations. Through this example, I was able to understand what Farmer Jon meant by the “guiding principles” of IDOFS. 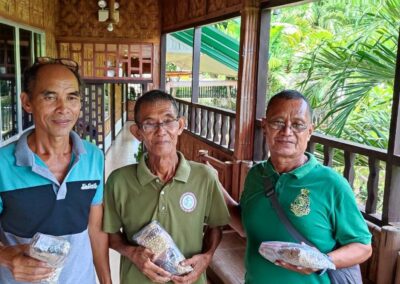 CSS at the regenerative agriculture training with Farmer Jon. 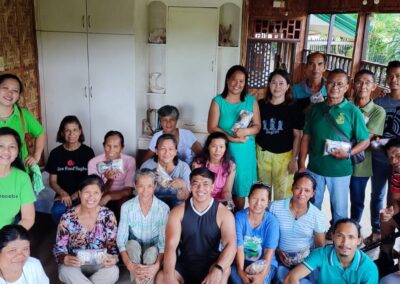 Efren is a social worker by profession and has held a variety of roles throughout his career. He currently serves as Program Manager for Global Seed Savers Philippines.

Efren sees his new role as an opportunity to continue his commitment and life-long dedication as a social worker to anti-oppressive practice and social justice.